We decided about 9 months ago that we wanted to try to have another baby. It's kind of awkward saying that, because every time someone tells me that, I immediately picture them vigorously having lots of sex. That's what makes a baby, right? So yeah, we started doing that.

I started to feel pregnant and knew it was solid when I started crying in March because "It's beginning to look a lot like Christmas" came on.  I started crying because I missed Christmas. I knew at that moment, there was some major zygote creation going on up in there. 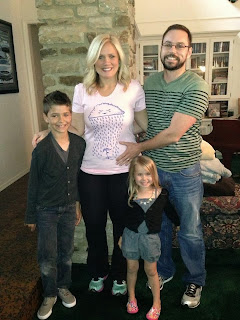 I had decided I was going to be the pregnant person everyone loved. I wouldn't complain, I wouldn't ask for special treatment, I wouldn't sleep more or give up any of my responsibilities, and I wouldn't make every single conversation I had revolve around the fact that I was growing a weird-looking living thing in my uterus.

That of course, did not happen. I got a parking pass so I wouldn't have to walk far, I took a nap every opportunity given, and I didn't take out the trash for 9 months. Also, someone would try to talk to me about work or sports or the gym and I'd just be like,  "WHAT'D YOU SAY, I'M PREGNANT, LETS TALK ABOUT THAT."

I had some complications that required me to get ultrasounds every 2 weeks. Mat was working out of town, and most of the time I would attend the ultrasounds alone, watching the screen with my breath held. I was only about 14-15 weeks along when I put the hard sell on the ultrasound tech to get that wand deep inside the baby's nono so I could finally see the penis I had been longing for. She said it was too early and too swollen and she couldn't say.

"Okay, well just aim it up there and let me look. I'll know a penis when I see one."

She turned the wand into my liver and pushed it back up so I could see up between the baby's legs.

"Was your name Mandy? Mandy. Is that a labia? That does not look like a penis and I need a penis."

She said it looked like a girl to her, too, but it was so early there could definitely still be something sticking out. She said she shouldn't even take a picture of it because it was so inconclusive. I pushed and pushed her.

"Okay, I know you don't want to say...but you kinda already did say you thought it was a girl. So what percentage chance would you put on that? I mean are we talking 60%? 90%?"

She finally put down her wand and offered up 72%. That's the number she would give me if I refused to leave without a percentage.

So. It looked like we were having a GIRL instead of a boy.

The imaginations I had of a little mini Adrian, worshiping me and following me around asking to my life easier vanished. They were replaced with visions of a little mini Ellis, following her dad around and looking at me like I had an alien growing out of my face.

We decided to name her Collins. It was from a movie we had seen a few years ago and we both loved the name. My first choice had been Scout, and Mat's first choice was Arya.

When the 9th of December finally came, I had made a vow with myself the night before. I tend to be extremely emotional and dramatic when confronted with any sort of pain. I decided that I was going to be the toughest and most bad ass baby haver anyone had ever seen. If I was scared, no one would know. I was going to have on a full face of makeup, my hair curled, and pose for a picture 42 seconds after the birth- looking like I had just gotten back from a vacation to the virgin islands.

Clearly that didn't happen. I had a cesarean section and had a freak out. I don't even like my doctor, and at one point she held my hand and told me it would be okay and then tried to go back to doctoring and I wouldn't let go of her hand. They were all cheerleading me, "YOU CAN DO THIS MARY! THIS IS YOUR THIRD BABY! THIS IS NOTHING FOR YOU! YOU'RE DOING GREAT!"

How am I doing great? I am vomiting out of my nose while laying flat on my back and my perfectly applied mascara is running down my face and dripping onto my terrible hospital gown. (Why didn't I bring a cute robe like I was supposed to?! THINK OF THE FACEBOOK PICTURES, MARY)

They said my blood pressure was too high and they needed to get Collins out. I just kept whimpering, producing snot, and saying "I just want my husband." They finally let him in to see if he could calm me down, and the first thing he did is make the cheerleading stop. He was gently talking to me about how wonderful our vacations were.

BUT THEY'RE CUTTING ME OPEN.

shhhh it's okay. Think of the beach.

it's okay, baby. Imagine you're throwing up in Caneel Bay. They are almost done, just look at me.

DO I STILL HAVE MASCARA ON?

You're ridiculous. Think of the water. And think about those pancakes.

I have no idea how long it took. Eventually, they said they could see hair, and then we heard her cry. Getting to be awake for that moment, even though I was covered in throw up and tears and I wasn't wearing a cute kimono, is one of the best moments of my life. Then they plopped her right down on my chest and I hugged her, trying to get her to stop crying. Every time she would stop, I could see a hand come over my head and pinch her and tickle her and make her cry again. I know they were just doing their job, but I swear I actually had the instinct to bite the shit out of that phantom hand. 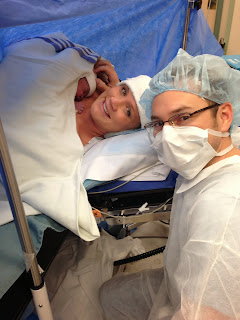 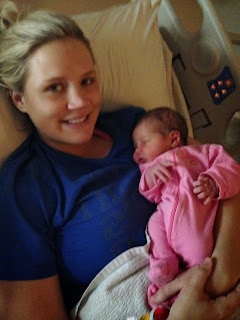 We've been home now for 3 weeks! People ask how she's doing and I don't really know what to say. She's pretty much a needy asshole most of the time, but I love her so much. I only get frustrated  12% of the time, and the fact that she is sleeping well and likes to listen to my singing is really working in her favor. I don't understand how I have enough love for 3 kids, I thought I would be depleted by now. Adrian wants to hold her and feed her all the time, he cries when I take her away. Ellis is pretty nonchalant about her but it bothers her so much when Collins is crying. And she hasn't been jealous of Mat's attention to Collins like we thought she would. 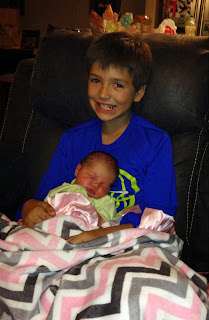 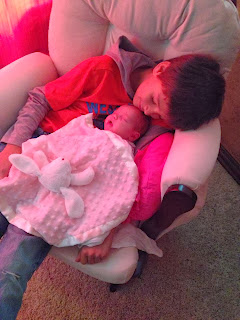 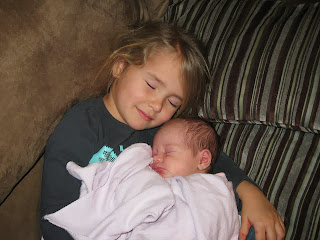 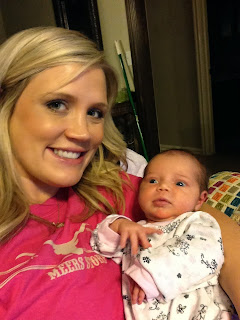 We have a lot coming up in the next few weeks, we put an offer on a house that was accepted! I go back to work the first week of March. I have 40 lbs to lose. Sad face.

I promise my next post will be extremely inappropriate, to make up for the fact that I just did a baby post. I love you all!

articulated without hesitatation by Mary at 2:23 PM 19 comments: